Interview with US diplomat Keith Krach

Lessons from the Ukrainian War

Lesedauer: 5 Minuten
As a member of the last U.S. administration, Keith Krach had one main goal: to put an end to the dependence on mobile communications technology from China. He had massive security concerns because of the use of technology from the People‘s Republic. Krach explains why he now sees these concerns confirmed by Russia‘s war against Ukraine and what danger Taiwan is facing. 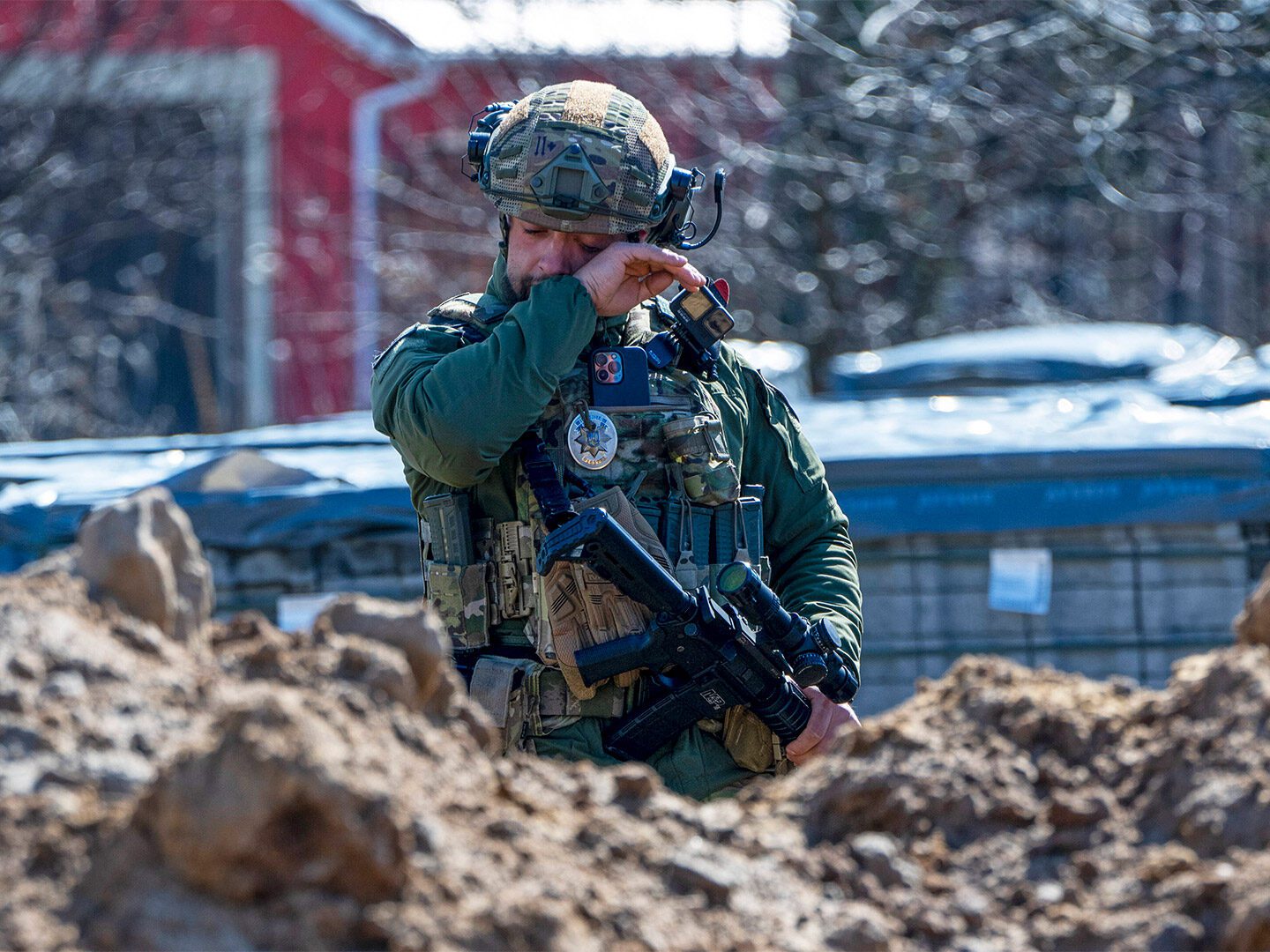 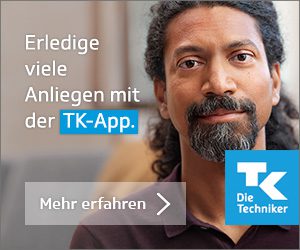 Keith Krach is a leader. In the U.S., the multi-billionaire has earned a reputation as a significant transformational leader. In business and philanthropy as well as in education and politics, the 65-year-old has demonstrated his skills.

In the Trump administration, he led U.S. economic diplomacy. When appointed Undersecretary of State at the U.S. State Department, he achieved the rare feat of being unanimously confirmed by the Senate.

He fulfilled his task as a diplomat with the same ­business spirit with which he had led companies such as Nasdaq highflyer Docusign as CEO. Krach is considered a hard worker, an innovative thinker and a gifted people manager. His greatest assets are his leadership skills: building trust and cultivating networks. That‘s how he became friends with many German CEOs and leaders – including Telekom CEO Timotheus Höttges and Paul Achleitner, the retiring chairman of Deutsche Bank‘s supervisory board.

As a U.S. diplomat in Washington, Krach developed the „Trust Principle Doctrine“. At its core were the promotion of freedom, democracy and global economic security.

His policy was directed against the People‘s ­Republic of China. His fear: The communist regime could use its supremacy in IT as well as in 5G technology for political purposes. And therefore Krach traveled around the world to warn governments about China‘s information technology. Krach‘s biggest concern: The government in Beijing could use software – for example supplied by Huawei – for blackmail, espionage or blockade.

Krach was a bit ahead of time in his assessment of the situation. But the fact that the US American‘s fears were ­fundamentally justified is currently becoming apparent elsewhere: The European Union‘s dependence on gas and oil supplies from Russia shows that authoritarian countries use economic dependencies to push through their policies.

His initiative earned Krach a nomination for the 2022 Nobel Peace Prize – and praise from William Treanor, Dean of Georgetown Law School. Referring to Russia‘s brutal war of aggression against Ukraine, he said: „What Krach has done as head of U.S. economic diplomacy and in building the Clean Network Alliance of Democracies is of utmost importance right now. His use of the principle of trust to counter technological authoritarianism, to protect global economic security, to uphold democracy in places like Taiwan, and to protect human rights is consistent with our core values.“

There is also applause from General Herbert Raymond McMaster, U.S. President Donald Trump‘s National Security Advisor from March 2017 to April 2018. McMaster said: „The Clean Network‘s victory over the Chinese Communist Party‘s master plan to control 5G communications was the first time a U.S. government-led ini­tiative has proven that China‘s economic warfare can be defeated by exposing its greatest weakness: nobody trusts them.“

In less than a year, 60 countries representing two-thirds of global gross domestic product joined the Clean Network. The strategy to expand 5G through a Western network of trusted partners worked. The Wall Street Journal wrote after the end of the Trump administration, that „Krach‘s Clean Network is an undisputed success and perhaps the most lasting ­foreign policy legacy of the past four years.“

The main beneficiary of U.S. policy has been Taiwan. China denies the island nation‘s right to exist. If the Russian invasion of Ukraine succeeds, China could try something similar – which Krach also fears – in Taiwan.

Keith Krach was the highest-ranking U.S. State Department official to visit ­Taiwan in 41 years. That was a thorn in China‘s side: The government in Beijing sent 40 fighter planes and bombers into Taiwanese airspace to warn Krach. That was no use, however: Krach linked one of the world‘s leaders in semiconductor manufacturing, Taiwan Semiconductor Manufacturing Company (TSMC), to the U.S. economy. The deal was called a „gamechanger“ because it protected the global semiconductor supply chain from authoritarian threats.

Even after the change of government in the U.S., Krach continued his mission. For example, he founded the nonpartisan Center for Tech Diplomacy at his alma mater, Purdue University in Indiana. The initiative‘s goal: to advance freedom worldwide through trusted technology. 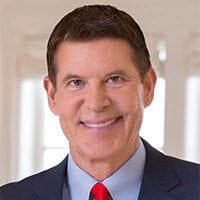 The Silicon Valley billionaire was responsible for global economic security as Undersecretary of State at the U.S. State Department beginning in September 2019. The issue continues to preoccupy him even after the end of Donald Trump‘s term in office

Is the war in Ukraine a historic wake-up call for misguided policies toward authoritarian regimes?

What signal is the Ukraine conflict sending?

Krach: The world is watching helplessly and in dismay as events unfold in Ukraine. The impossible seems possible. As a result, Taiwan is also becoming the focus of world attention. But we also see in Ukraine what is possible when a people with undaunted courage defend freedom. What I criticize: The world saw the attack coming. Vladimir Putin is not in the habit of bluffing. Our countermeasures came too late. We should have committed more money to defense. Our learning: the U.S. should assume the worst of China. Why? The country refuses to rule out ­invasion. Therefore we cannot trust China.

Krach: …to rewrite history in order to claim the moral high ground. His rationale: Ukraine has always belonged to Mother Russia – and any military intervention is a direct attack on Russia that justifies nuclear retaliation. Similarly, the People‘s Republic of China has spent 40 years rewriting history by abusing countries and organizations for its propaganda that Taiwan has always belonged to China. The U.S. must take the lead again and recognize Taiwan for what it truly is: a democratic nation.

Krach: … has led to an outcry that unites democracies in an unprecedented way. Now is the time to use that momentum to stand up to authoritarianism on the basis of shared trust. China‘s bullying tactics have always been to divide and conquer. We all learned in the schoolyard that bullies give in when you confront them directly. And they really give in when you have your friends by your side. We need to build a trusting network of freedom-loving nations, businesses and civil society based on democratic principles of trust.

Has Putin‘s attack been aided by the West‘s weakness?

Krach: Those who rule out options show weakness. We must become bolder and also think about the impossible. Otherwise, we will not succeed. That‘s what I learned in my dealings with China. Having experienced a bloody battle on the diplomatic battlefield with China, which consisted of moves and countermoves like in chess, I am convinced that Xi Jinping only understands the language of strength.

What does that mean for the future?

Krach: We need to take our military support to the next level – as well as the economic prosperity partnership, for example through free trade agreements. Companies need to make sure that their supply chains are going to be independent from Russia and China – in other words: they need to diversify there supply chain. We need contingency plans now – for our China businesses as well. There is a real danger that Xi becomes Putin. We need to push back China‘s influence on our private sector by reducing dependencies in our supply chains and by protecting our capital and technology.

Do you expect China and Russia to converge in the future?

Krach: Both governments are revolutionary relics known for lawless behavior, duplicity, bullying, domestic repression and thought control, coercive economic practices and severe ­human rights violations. It was only a matter of time before these totalitarian twins would come together in a „strategic partnership“. On February 4, they signed an agreement stating that their „friendship has no borders and there are no ‚forbidden‘ areas of cooperation“. In addition, Russia „affirms that Taiwan was an inalienable part of China and rejected any form of independence for Taiwan“. Twenty days later, Russia began its brutal attack on Ukraine. 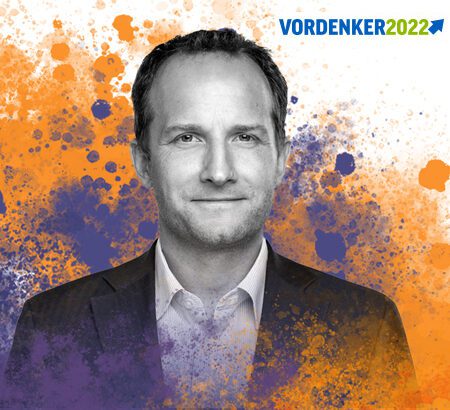 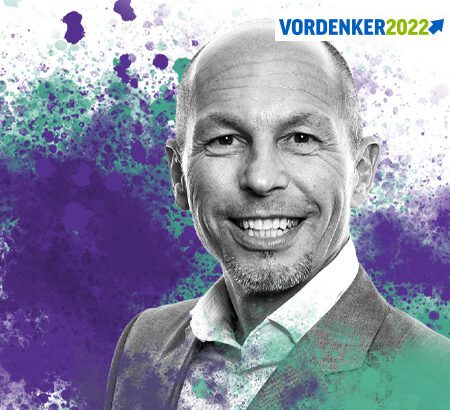 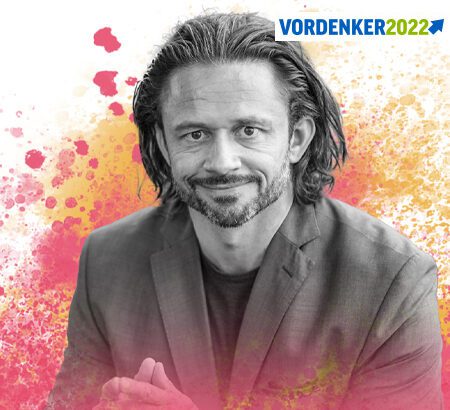 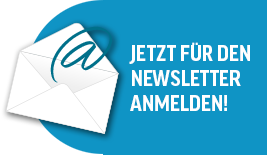